You are here:Home » Government » Federal Government 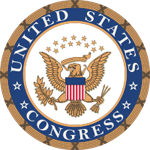 The United States Congress is the legislative branch of the federal government. Congress is composed of two chambers, the House of Representatives and the Senate, and is responsible for making laws.

The Senate is made up of two senators from each state, regardless of population. There are 100 senators (two from each of the 50 states), who each serve six-year terms. Approximately one third of the Senate stands for election every two years.

The House of Representatives consists of 435 voting members, each of whom represents a congressional district. Find your district and representative. 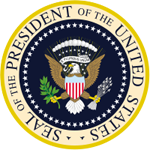 The power of the Executive Branch is vested in the President of the United States, who also acts as head of state and Commander-in-Chief of the armed forces. The President is responsible for executing laws created by Congress, is elected to office every four years and cannot serve more than two terms.

Vice President
The executive functions of the Vice President include participation in Cabinet meetings and, by statute, membership on the National Security Council and the Board of Regents of the Smithsonian Institution.

President’s Cabinet
The Cabinet includes the Vice President and the heads of 15 executive departments.

Boards, Commissions, and Committees
These organizations were established by congressional or Presidential action, and their functions are not limited to supporting a parent agency. Examples include the Arctic Research Commission, the Barry M. Goldwater Scholarship Foundation, and the Social Security Advisory Board. 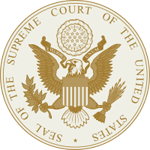 The Judicial Branch explains and applies the laws. This branch does this by hearing and eventually making decisions on various legal cases. Where the Executive and Legislative branches are elected by the people, members of the Judicial Branch are appointed by the President and confirmed by the Senate.

U.S. Supreme Court
The Court is the highest tribunal in the Nation for all cases and controversies arising under the Constitution or the laws of the United States.

U.S. Court portal
Your portal to the judicial branch of the Federal Government. Includes educational resources, rules and policies, statistics, forms, and a court locator.

Judicial Branch information
General links to lower courts, special courts (including military courts), and support organizations. Visit the Federal Judicial Center to learn about how the courts work, how they are organized, and how they fit into the U.S. system of government.

The 94 U.S. judicial districts are organized into 12 regional circuits, each of which has a United States court of appeals. Missouri is in the Eighth Circuit.

Drafted in secret by delegates to the Constitutional Convention during the summer of 1787, this four-page document, signed on September 17, 1787, established the government of the United States.

View information about the United States House of Representatives and Senate. Search bills, read the Congressional Record, and learn how laws are made.

As the official handbook of the Federal Government, the United States Government Manual provides comprehensive information on the agencies of the legislative, judicial, and executive branches.

The Library of Congress is the nation's oldest federal cultural institution and serves as the research arm of Congress. It is also the largest library in the world, with millions of books, recordings, photographs, maps and manuscripts in its collections.

The National Archives and Records Administration (NARA) is the nation's record keeper.

Founded in 1846, the Smithsonian is the world's largest museum and research complex, consisting of 19 museums and galleries, the National Zoological Park and nine research facilities.